Today and old box packed with flyers left the attic.
I'm thinking of posting some stuff.
Every once in a while.
If i find the time.
First post.
10days.
First edition.
Red Tape Building.
I was there on the 21st.
Brings back some memories.
Mind the "of techno" in the title.
Funny, the line-up is more diverse than nowadays.

If you haven't had enough of my techno-shares, here's another goodie.
In my memory Monika Kruse was one of the first shejays to make it abroad, alongside 100% Isis (still the best looking girl in the scene) and K. Hand (my first ever Fuse-experience).
68 minutes of earcandy, recorded in '99, file under "techno with balls".
Monika Kruse at Fuse, 04.09.99.
op Thursday, November 29, 2007 No comments:

Slater ... again! Enjoy this energetic set, split in 2 (about 74 minutes each), digital recording, but above all: very nice tunes.

My last Respect-post has been a while so here's another goodie.
A set recorded in the year 2000 at Fuse, filled with warm house and lots of classics by Jakatta, X-Press 2, Azzido da Bass, Martin Solveig ... yep, it's a "party-set".

Behind the decks: Romain BNO, one of the Respect-residents who at the same time had a residency at Queen-Paris, together with Dimitri from Paris and Ivan Smagghe (i'll post one of his sets later).
The best 74 minutes you'll spend this week :)

Edit: this is not the same set i posted a few months ago, consider this "part1", as the other set was recorded later that evening.
op Monday, November 19, 2007 1 comment:

and now ... something completely different

Classic stuff ... reminds me of the Danielle Baldelli dj-set a few weeks ago at Make-Up Club.

Email ThisBlogThis!Share to TwitterShare to FacebookShare to Pinterest
Labels: fun, make up club 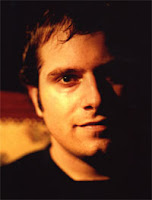 It's been a while since my last post, but don't worry, there's still plenty of stuff to spread ;)
Up for grabz is an hour of Johannes Heil, followed by an additional 10 minutes by a Fuse-resident. I think it's a live-set, but i'm not 100% sure (99%). Besides some nice techno-tracks there's also some downtempo stuff in the set, as Johannes is a very broadminded producer.
I would be lying to say that i've been following his career throughout the years, but the first time i remarked him was when he released "Paranoid Dancer" ... his contrubution to techno-history, an absolute classic!