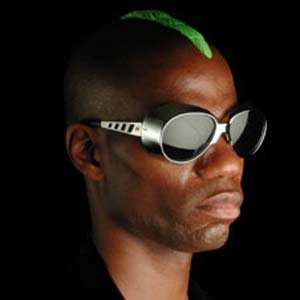 "Good evening Brussels, tonight i'm gonna take you on a little tour ...". The tour is called "teknoville", and it features 2 excellent sets.

First one is the live-act Green Velvet did that night. His last album wasn't what i expected it to be, but his early works are incredible. I remember looking forward to every new record he made, because you just knew it was gonna be a bomb. Flash, Preacherman, The Stalker, ... they're all in this set, and because it's a live-act you can also here the crowd go nuts.
Hope you'll enjoy this one, next up is another goodie by Franky Jones (i'll try and post it later this week).

It's sunday, and i'm feeling housy thanks to Derrick Carter's set at Decadence last friday. What else to post but some good old Respect-tunes?
Here's a set Stuart Mc Lellan did back in '99. You may think "who the f* is ...?" Well that's what i was thinking too. Anyhow, even if you don't know him the set is definitely worth checking. Some featured tracks an memories:

E-Troneek Funk's "Everytime", one of my favourite tracks on the Famous when Dead compilations, and often played in H2o-club (white room).
Kenlou's "What a sensation": classic Masters At Work stuff, first heard it in an Amsterdam-tape (recorded at Escape club).
Moodyman's "I can't kick this feeling when it hits": reminds of the first 10daysoftechno at the Red Tape building.

I also have another recording of that same night featuring a live by The Micronauts and a Troublemen-dj set ... will post that one later.
MegaUpload: Stuart Mc Lellan at Respect-night, Fuse: 24.09.99.
RESPECT is burning at Fuse: Stuart Mc Lellan 24.09.99
op Sunday, July 13, 2008 4 comments: